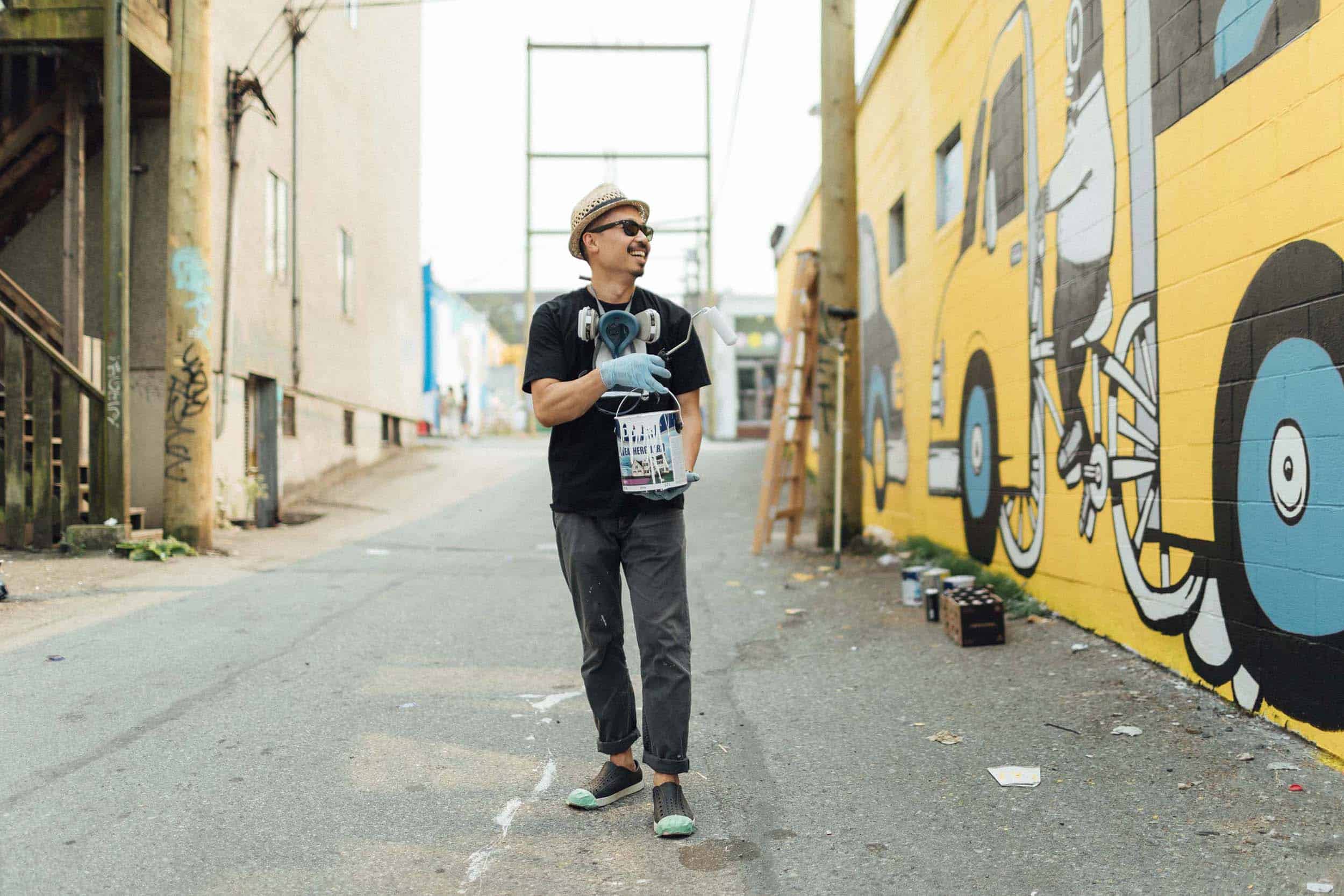 Local artist, Carson Ting, illustrates a custom map of Vancouver with iconic landmarks to celebrate 20 years of Emelle’s in Vancouver.

Signing off his work of art with his signature ‘Chairman Ting’ tag, Carson Ting of Chairman Ting Industries finalizes another 9-foot-tall custom illustration of the map of Vancouver. This map in particular features the most special requests he’s ever done – including a handful of iconic Vancouver landmarks, caricatures of people doing activities like drinking wine and walking down Davie Street, and even hidden easter eggs that are meaningful to his client, Emelle’s Catering.

Carson takes a step back and has one final look at the incredibly detailed landscape he’s drawn by hand and he feels an overwhelming sense of Vancouver pride.

An award-winning art director and illustrator, Ting’s Vancouver art and design studio contributes to the city’s thriving art scene. Here you don’t have to go to galleries to get a taste of what the art community has to offer; you can marvel at the creative works of many local artists just walking down Main Street, the hub of the Vancouver Mural Festival.

If you find yourself near Main Street and 2nd Ave, you may come across one of Ting’s larger murals, titled “Wild Ride”, on the side of Swiss Bakery which was created for the Vancouver Mural Festival in 2017. This piece measures just over 98 feet wide and 15 feet tall, taking his team a total of 7 days to complete.

“Our maps and murals are inspired by the thriving sense of community found in Vancouver and our love for telling stories big and small,” says Ting.

“We are a tiny studio based in Vancouver. In fact, we’re so tiny that we named our company Chairman Ting Industries Inc. just to be silly,” says Ting. “However, although tiny, we still have the capability to scale up to take on bigger and more diverse projects if required by bringing in very capable partners.”

Despite being nano-sized, Ting and his team have worked on giant global brands like Mercedes-Benz Daimler AG, adidas Originals, Microsoft, AT&T, Jameson Whiskey, The Webby Awards, The NHL, Red Bull Canada, Native Shoes and much more.

“We pour 100% of our hand-crafted work into everything we do. We hand pick all our projects due to our small size. Every project we take must fit our ‘fun’ criteria because life is too short for boring work.”

Being a big fan of Emelle’s Catering, Chairman Ting Industries is honoured to work with a company that shares a common set of values – like giving back to the community and putting people first. Emelle’s catered the studio’s end-of-year party – helping them to celebrate a successful 2018 by bonding over a delicious custom menu of appetizers and hors d’oeuvres. 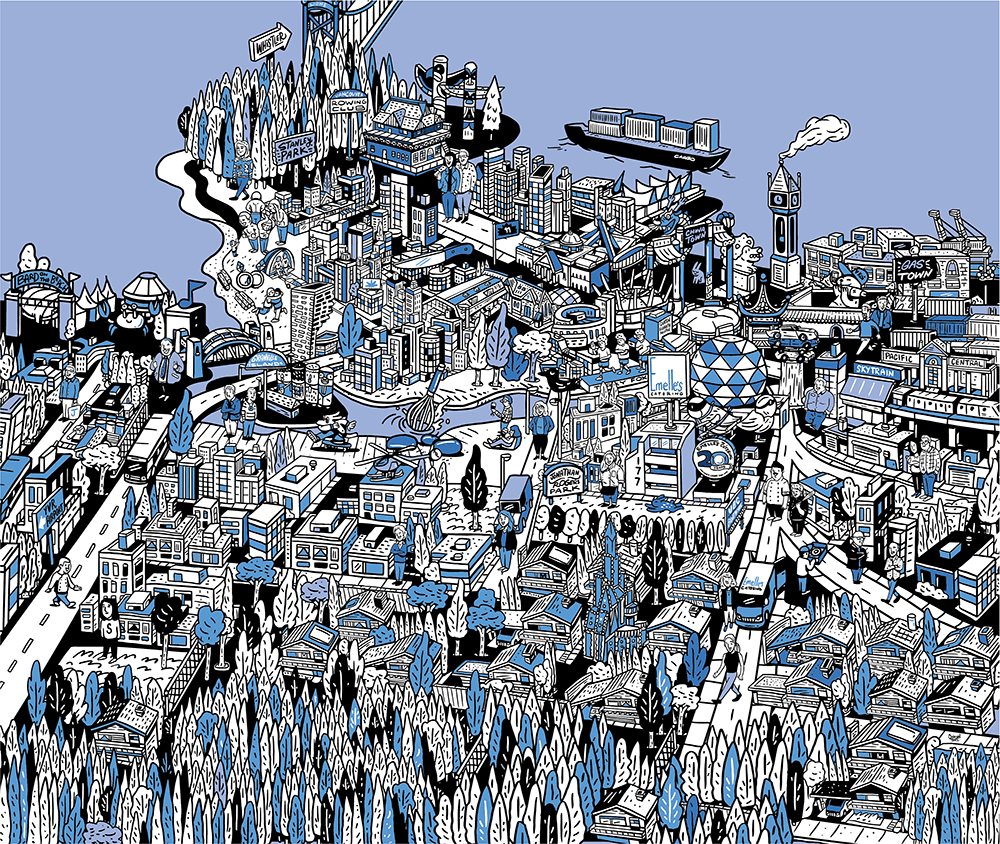