From All-White to All-Eighties, Emelle’s Delivers Themed Parties that Impress 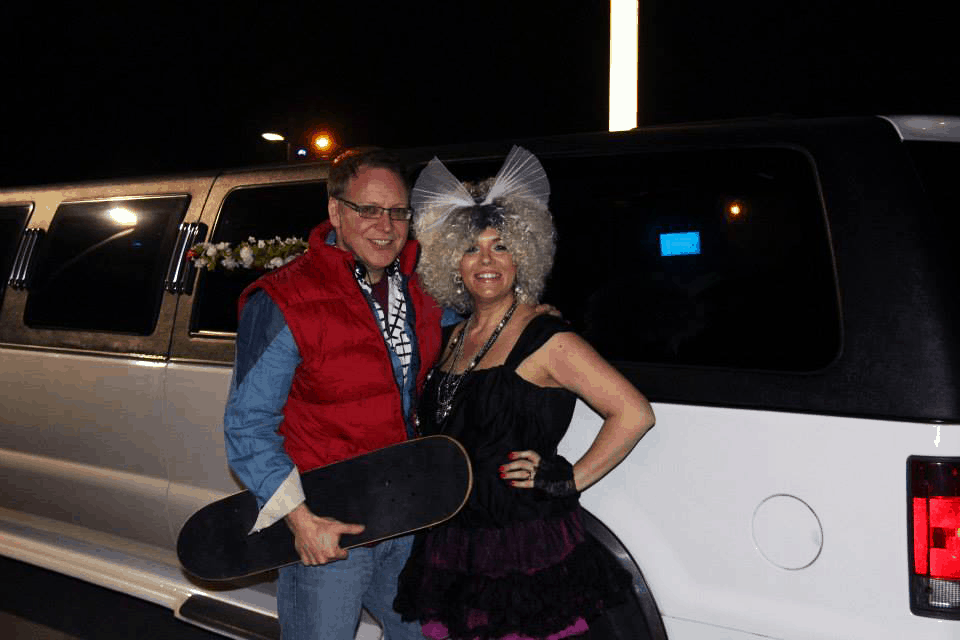 When an ex-caterer and one of B.C.’s hottest event professionals want to treat themselves and their friends, they hire Emelle’s.

Ozzie and Elliott Kipnes like to entertain. In fact, they’re entertainment industry pros—Ozzie, a former caterer and event planner, and Elliott, a professional DJ (one of the first to run a legitimate business in DJ and music entertainment in Vancouver). Together they run Hot Wax Entertainment, a DJ and entertainment company that’s been setting the tone at some of Vancouver’s highest profile events at venues like the Vancouver Golf Club and Brock House Restaurant for over 30 years. Whatever experience the client wants, Ozzie and Elliott design and deliver.

When it came time for Ozzie and Elliott to host a party for their 25th wedding anniversary, there was no question that it was to be a fancy affair. Celebrating with family and bringing people together is in their DNA. They began to plot their perfect night, but as the plan took form—a white-themed evening for 100 guests, reminiscent of Vancouver’s classiest white party, Dîner en Blanc—Ozzie and Elliott decided that it was time to go from host to guest at their own event. It was time to enjoy the experience themselves.

That meant stepping back, a difficult thing for Ozzie who is a self-described perfectionist. Moreover, it meant finding a company that could wow two seasoned entertainers and their guests who had become accustomed to the Kipnes standard. For Elliott, Emelle’s Catering was the obvious choice.

The couple’s first introduction to Emelle’s came in 2006 when Ozzie, having just taken over sales and marketing for Hot Wax, met Emelle’s CEO Mary Lee Newnham and Catering Sales Director Nicole Burke at a business association for event professionals. Impressed by their experience and know-how, Ozzie wanted to learn from them and decided the best way to do that was to partner up. In the years that followed, the two companies did hundreds of events together, everything from large public celebrations to small private parties for Vancouver elites, and a mutual respect, trust, and friendship evolved between them. “Emelle’s had catered thousands of events. We’d worked with them ourselves, we knew their staff, and we knew the guests were always impressed,” says Elliott, confident that, from the serving spoons to the staff, Emelle’s would oversee every detail.

“Hiring Emelle’s was like Elliott’s anniversary gift to me,” laughs Ozzie. “It was his way of letting me be a guest in our own home.”

And Emelle’s ensured that she was. Every time Ozzie suggested she help with the planning, Emelle’s Director of Catering Sales, Nicole Burke, answered with an emphatic “No!” In the end, Burke allowed Ozzie to take on one task of her choice. “I decided to pick the candy bar,” says Ozzie, “I got to focus on that and be a part of things.”

On the night, all Ozzie had to do was dress in white. “And breathe!” she quips. Emelle’s set up colourful food stations around the house, the feature item being a layered white cake, each layer a different flavour. Every station gave guests something new to savour. “Even the veggie dip, the way it was designed, was an experience,” remarks Ozzie. “The radish dressed as a flower, the carrot that was smiling up at you from the wheatgrass. It made the food come to life.”

The event was such a hit that when Elliott’s 50th birthday party came around, there was no question who would cater the 80s-themed affair. Held at the UBC Boathouse, the showpiece of the night was a double ice luge with a photograph of Elliott set on top and bottles of tequila set to the side. Toasts to Elliott raced down the ice all night as guests sampled a new menu tailored according to Elliott’s style and tastes. Says Ozzie, “When you work with Emelle’s, it’s like synchronicity. It just feels right. It’s not just a job. It’s so much bigger than that. For us, it’s making memories.”