One Woman’s Journey to Citizenship and Beyond 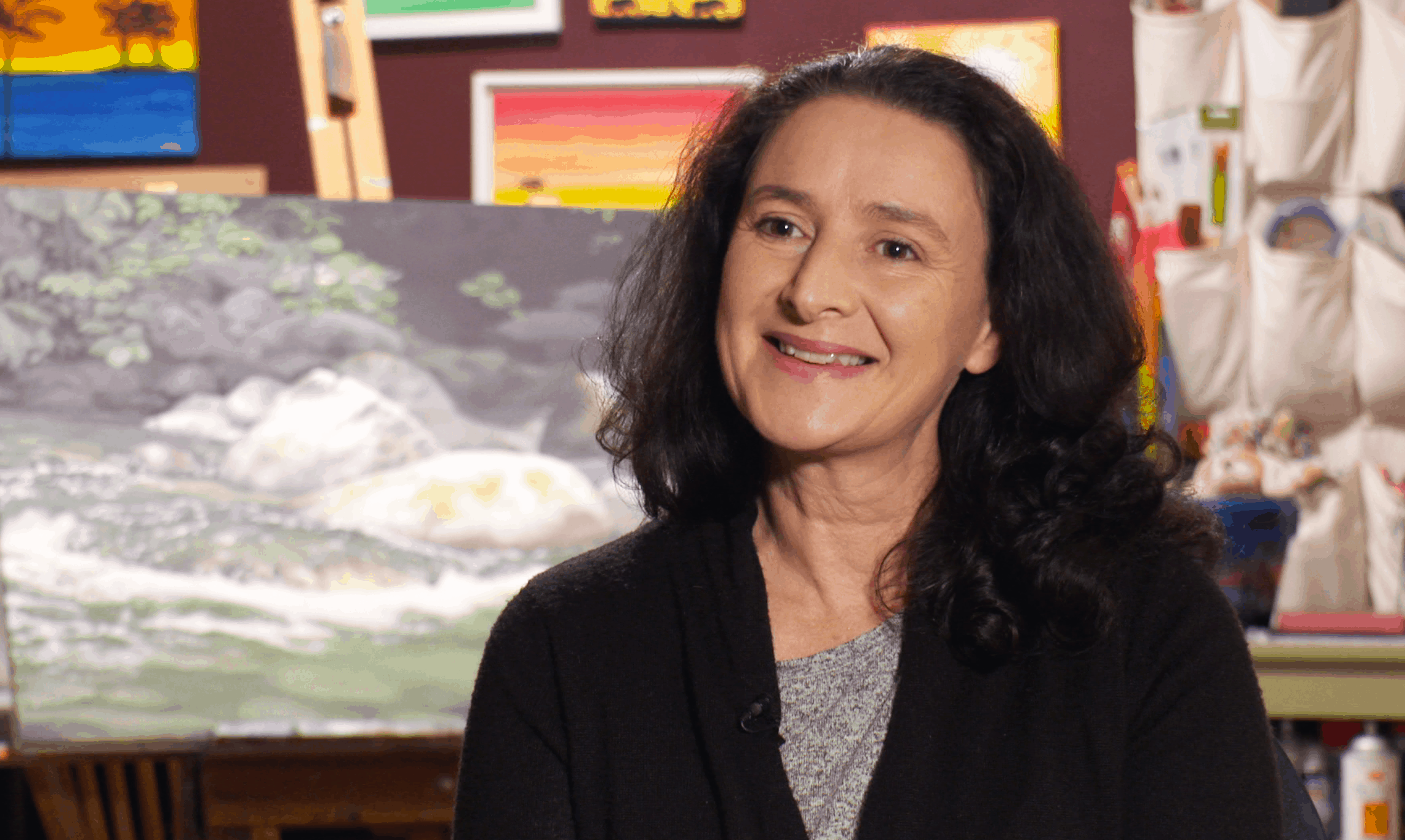 Working in the Emelle’s kitchen, a young mother from South Africa finds heart, home, family, and some much needed artistic inspiration.

On the day of her swearing-in ceremony, Lauren Albrice was excited. She’d been in Canada for 18 years and was finally becoming a citizen. It hadn’t been an easy road. She and her husband had recently separated, and for three months, she’d been juggling her work, her citizenship application, and the care of her teenage son, Justin, who was attending the swearing-in along with one of Albrice’s colleagues from work. At least, that’s who she thought would be attending.

When Albrice arrived at the Immigration, Refugees and Citizenship Canada Office on Expo Boulevard to take the Oath of Citizenship, the entire team from Emelle’s Catering was there to cheer for her. They had asked for the details in secret and arranged the day off for as many staff as could be spared. “They had everything Canadian you could think of,” recalls Albrice.

“Flags and bags and gifts. I had the biggest entourage. It was a very important day for me, and I’ll never forget that. They surprised me a lot over the years.”

Years earlier, the first surprise was being hired. Back in 1999 when she enquired about openings, Mary Lee Newnham had informed her that they had none. But that was over the phone, and Albrice was savvy enough to ask to drop off her resume in person. Tagging along with her that Saturday was Justin, then just 3, who Newnham immediately warmed to.

“Can you bake?” Newnham asked.

“From a box,” was the honest reply.

“That’s good enough. When can you start?”

The next morning, Albrice was in the Emelle’s kitchen. “It was early days,” says Albrice. “Sometimes there were just three of us there. Mary Lee taught me everything.” To be taken in so warmly was a gift to the young mother, who didn’t have any family in Canada. Albrice looked up to Newnham and was inspired by her unbelievable work ethic. “She just takes on big things and does them,” says Albrice.

One particularly miraculous feat occurred when Albrice was working an 80-person False Creek boat cruise for Molson. As she and her colleague were loading their food cart onto the boat, catastrophe struck. The cart tipped, and all of the food disappeared into the water. Passengers on a nearby booze cruise laughed as Albrice cried and cursed. She called Newnham to relay what had happened. “Mary Lee was so calm,” says Albrice. “She told me to send my colleague back to the shop and continue setting up.” Albrice did as instructed, and not long after, her colleague returned with a new supply of food. “I had to do some cooking on the boat anyway,” says Albrice, “and we managed to pull it off. No one ever knew that it happened.”

Albrice credits that incident for the mindset she’s developed over the years: “Now I’m always thinking a few steps ahead of everything!” She also credits Emelle’s for helping nudge her back into painting, a passion she’d never pursued. “I went to art school in South Africa. I’d always loved the feel of painting, but I just wasn’t very good at it,” she says. Then one day, Michael Bosnell of Emelle’s saw some of her work and disagreed. “In 2007, he gave me an easel and a canvas as a gift for Christmas. I looked out of my window, began painting the mountains, and that was it. I just painted and painted.”

Today, Albrice is a landscape artist. She runs painting workshops for the Coquitlam School District and teaches preschool in the afternoons. “Leaving Emelle’s was very difficult for me. I kind of feel I grew up there. I needed to do it in order to move on, but leaving the people was hard. They’re still in my life though,” says Albrice, “just not every day.”

That’s the thing about family. They’re always with you.