Two Young Vancouver Entrepreneurs Learn to Believe in Themselves 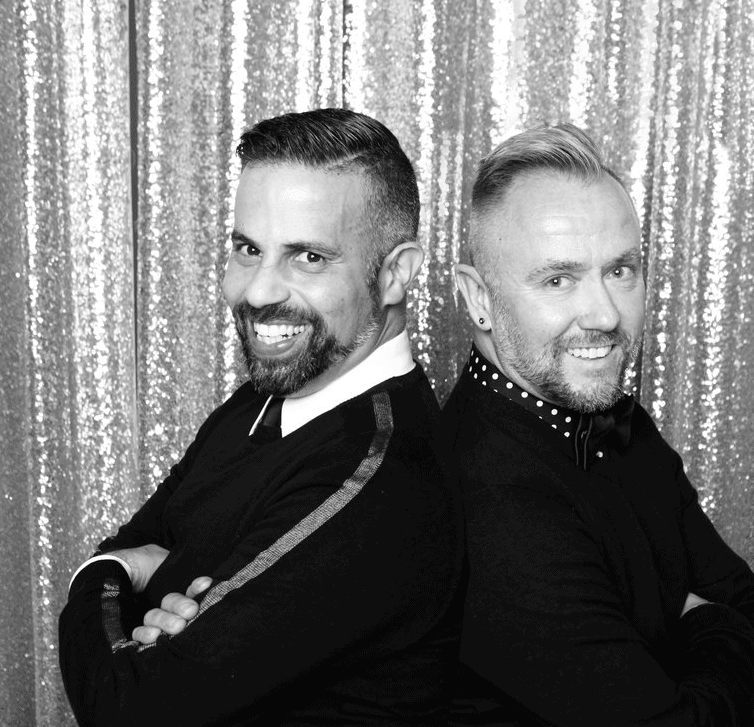 While working to save WinterPRIDE, the owners of Debut Event Design Inc. are inspired and supported by the LGBTQ community and Emelle’s.

In 1993, a small group of friends shot down the snowy slopes of Whistler Blackcomb determined not only to have a decent run but to be themselves. They’d been invited by Brent Benaschak, whose vision was to launch an LGBTQ weekend ski event that would be both a celebration and a catalyst for tackling stereotypes and uniting communities.

Throughout its early years, the event—titled Altitude—remained somewhat underground. The ‘90s were a less accepting time, and though Whistler was one of only a few ski resorts that tolerated the presence of openly LGBTQ patrons, businesses were hesitant to embrace the event. But, as respect and understanding between the local Whistler and the LGBTQ communities grew, the festival took off. The tireless efforts of Benaschak and other festival organizers turned Altitude into one of North America’s largest gay and lesbian ski weeks.

The sudden death of the 41-year-old, aptly remembered by friends and family in his obituary as being “a catalyst for wonderful things,” was a shock. And with Altitude 2004 set to kick off just one month later, the fate of the event was uncertain.

Determined to save the festival, the new owner of Altitude, Sean Kearns, approached Vancouver-based event company Debut Event Design Inc. for help. At the time, Debut was just branching into larger events. The owners, Maurizio Peta and David Light, knew that Altitude would present a tremendous challenge, but they saw it not only as an opportunity but as a call to service.

The event, often referred to as Gay Ski Week, was meaningful to the LGBTQ community. Since its inception, the festival had grown to attract thousands of people, not only from Whistler, Vancouver and the Lower Mainland but from around the world. The sense of togetherness that people experienced at Altitude supported many through the tragedies of the HIV/AIDs pandemic and the fight for marriage equality. The festival also “allowed people to really just have fun in a safe, open and inclusive environment,” says Peta.

Unfortunately, due to the circumstances, the event was in a state of disarray. Peta and Light found themselves scrambling to line up vendors. “We were in a bit of a bind,” Peta concedes. “Then some of our industry connections introduced us to Michael Bosnell and Mary Lee Newnham at Emelle’s Catering.” With plenty of event experience under their belts, along with connections and resources, Michael and Mary Lee took the young planners under their wing. “They helped us figure everything out and helped us really bring the event to light,” says Peta.

Without that support, the event might have fallen through, but thankfully the exact opposite happened. Since being rescued by Kearns and the Debut team, the festival has continued to grow.

Every year when the last week of January arrives, rainbow flags proudly adorn the Whistler village to signal the start of what has become known as WinterPRIDE.

Far from its unseen underground roots, the festival brings an unapologetic burst of individuality, colour and fun to the slopes, with events ranging from Cowgirl/Cowboy Night to Comedy Night to the Gender Bender, the parade and the famous Snowball Dance.

Debut has stayed involved over the years, primarily taking charge of the Snowball. “It’s a very important part of our past and a very meaningful part of our year,” says Light, who openly credits Emelle’s and their work together on Altitude as being the catalyst for Debut’s success.

“They really made us believe in ourselves. There’s no way we’d be who we are without their support.”

In the 16 years since the two companies were first introduced, they’ve collaborated on a range of events. Emelle’s has been instrumental in introducing Debut to new clients, helping them to grow their business and realize their full potential.